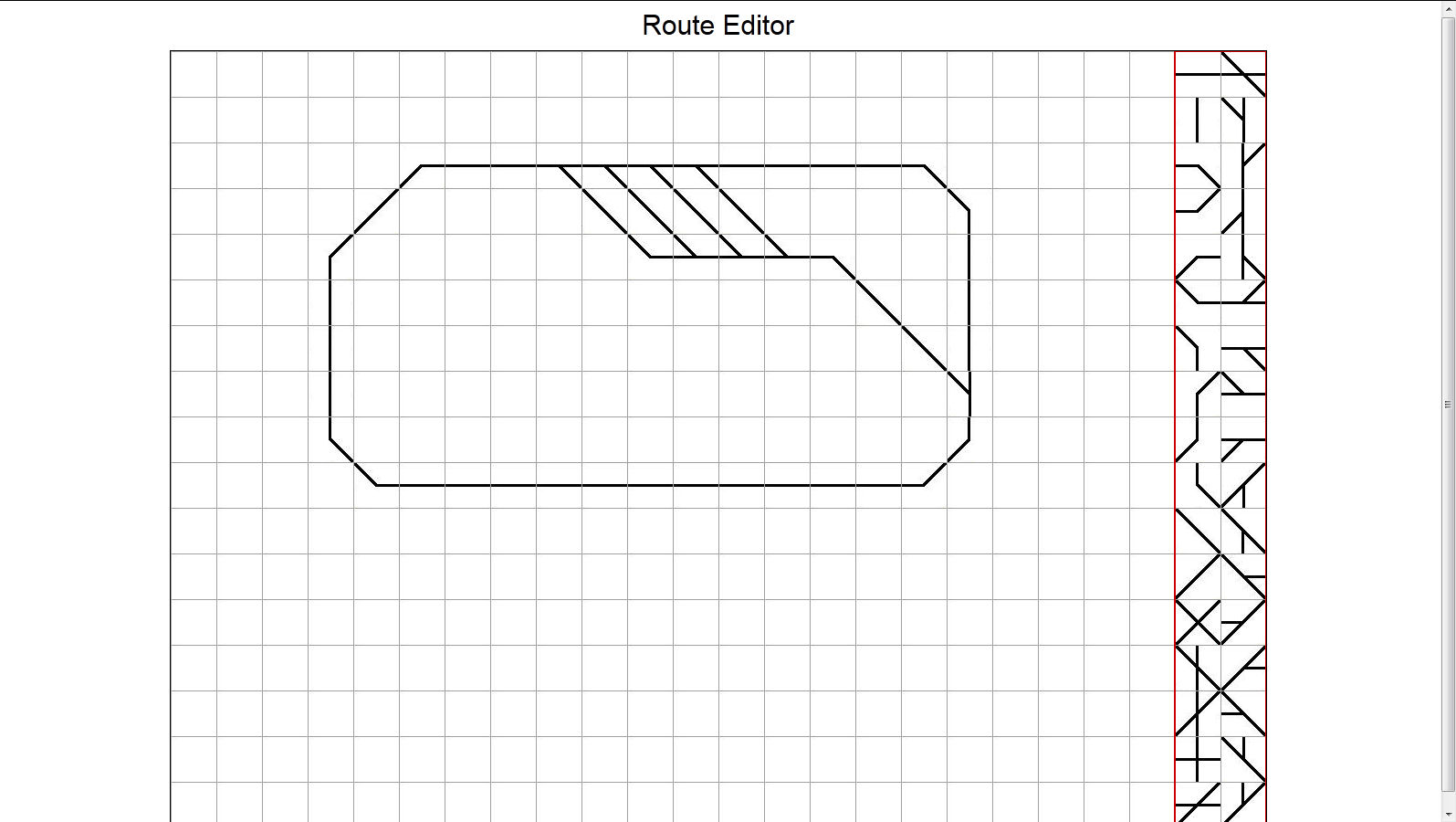 Work progresses on the control interface. After fooling a bit with an Android native app, I decided that was way too overkill. So here is the same idea implemented in HTML5. It will run on pretty much anything, or I hope it will as it’s browser based.

Here is a link to a basic version. There is no save or load, it’s just the framework-

The workflow is that you click a symbol, then click where you want it on the grid. This allows you to build a route that resembles the control for any railroad layout. The right mouse button clears a symbol from the map. It still needs a load and save option and finally, I will need a run module page that will load this file and allow you to control vs editing.

The path is a web page load from the RPi, with tornado passing down data to the master Wixel. From there the master will communicate with all the respective slaves over wireless, allowing me to touch a switch icon on the tablet and have the servo at the far end of the chain move the turnout. The HTML5 logic will then redraw the route in color to indicate where the train is going to go. That’s the plan anyhow. There are lots of possibilities with this protocol model, anything that needs R/C servos controlled over 2.4ghz wireless from the Raspberry Pi. Or any master for that matter.

I’ve already tested the basic code on the RPi via lighttp to my Android tablet and it works great. More logic to put in but the idea here is to enable the editing and control on any device, laptop, desktop or tablet. So far I’m very happy with this project and I’m getting close to completion.

Later I’d like to actually track the trains with RFID (or something) and animate that somehow on the tablet. However, that is down the road a bit, I’m going to limit my scope here on this one so I can finish it up.