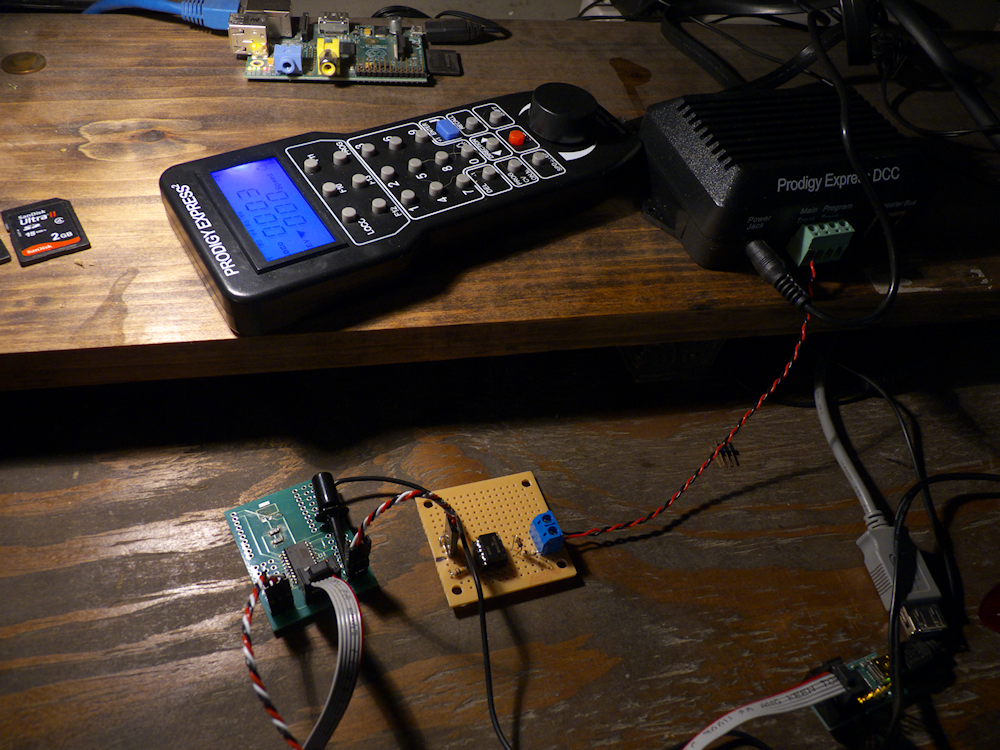 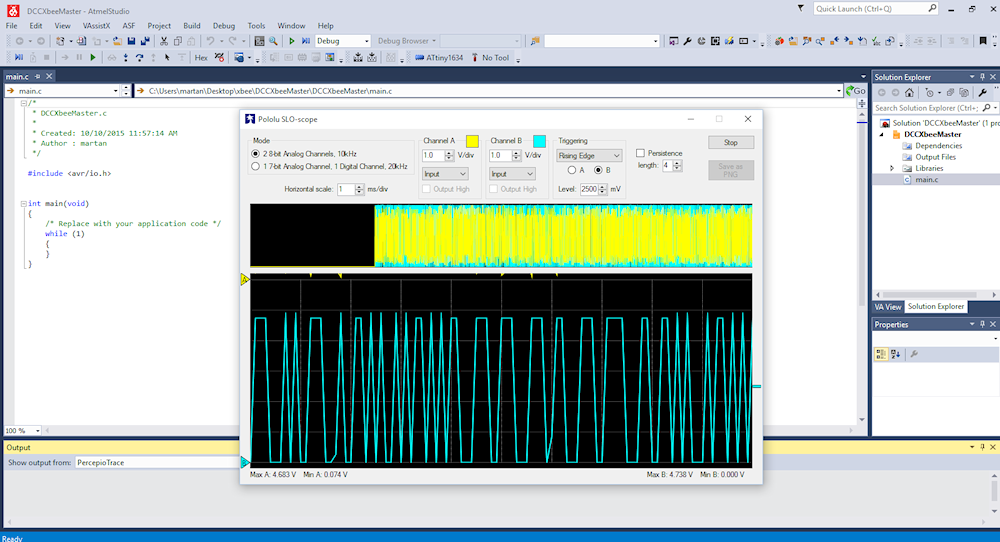 Since I’m putting together a new N scale layout, or at least I’m planning it out right now, I decided I should probably give DCC a go since it’s so popular. So I ordered an inexpensive DCC starter set, the MRC prodigy Express2. I am glad I did. Just on a test loop my little DCC switcher locomotive runs WAY better than it did on DC. And since I like the feel of the MRC Prodigy Express DCC controller (more or less), I figured, why not come up with a way to use that to control, via Xbee, for my G scale stuff too?

So after much scouring and searching via Google, I came up with an input and output circuit for my control widget board.

In the above picture you can see the DCC waveforms and the really simple input side of the circuit. I’ve also got my basic C framework built out and this looks like it will be a fun project if I can ever get the time to work on it!

Anyhow, the basic idea here is read the DCC out of the Prodigy output, transmit that via Xbee and decode it on the other end. Or pass it through, or both. That way you can use any DCC handheld you want to control battery powered locomotives or even live steam ones (via intercepts of DCC commands to servos and relays, etc)

So this should be neat if I can get it to work. Something new to learn anyhow, DCC as a message stream 🙂