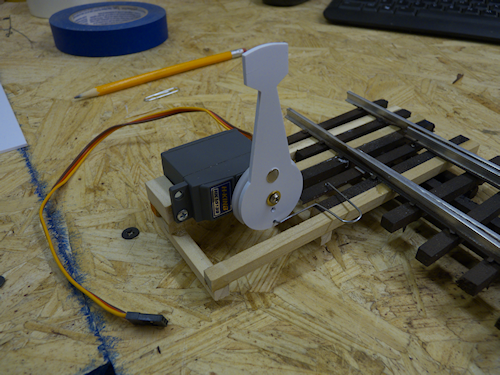 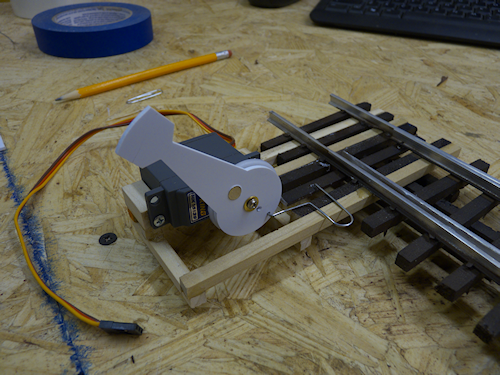 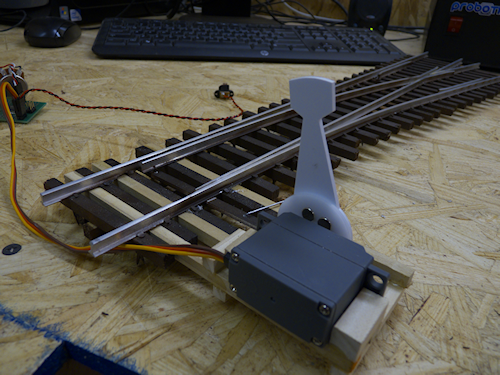 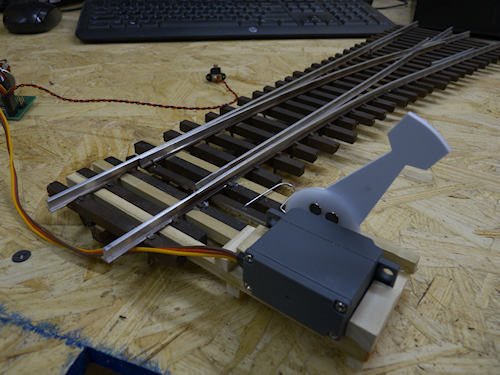 Here are some pictures of my computer/manual switch throw. I was looking for a device that I could use to throw a switch both with a manual lever and also have a servo drive it for computer control. This is what I came up with. After a bit of testing, it seems like it will do just what I want. It uses a cheap waterproof servo, three magnets and a styrene throw. There are two magnets on the servo wheel and one on the throw. There is no connection between the servo wheel and the actuator other than the magnetic ‘clutch’. The ‘spring’ wire is a paper clip bent to fit. With the servo off or centered, you can throw the switch manually and it ‘clicks’ to one of the two magnets on the wheel. Under computer control, the servo can rotate to ‘pick up’ the magnet on the arm to throw the switch. Works quite well on the bench so I’ll be installing it soon to test out in Gilbert.