Posted by admin on November 8, 2017
Posted in: Airplane, Electronics. 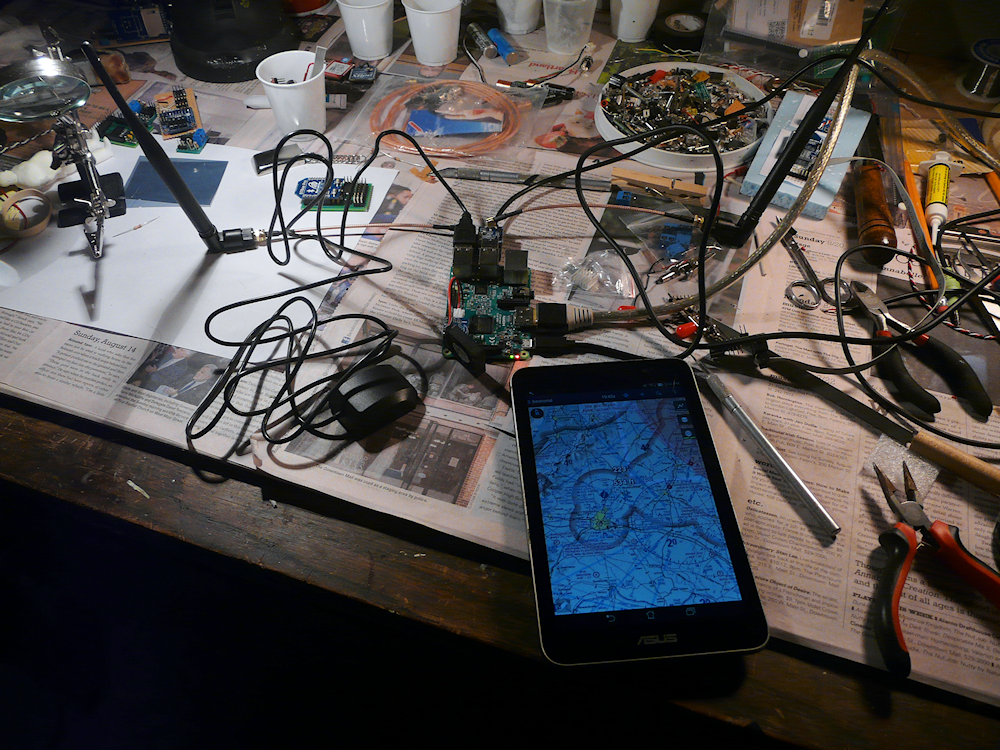 Something different, a gadget for the airplane. This is my incarnation of the Stratux open source ADS-B unit. It uses a Raspberry Pi3 along with a couple of high gain antennas, two radio receivers and a GPS unit to snatch weather and traffic data out of the air. For free! Can’t beat that. I think I spent a little over $100 on it, but I already had the Raspberry Pi3.

I also have an AHRS module plugged into it which should give me a basic Synthetic Vision system. Now I just have to figure out how to mount it ‘semi-permanent’ into the airplane. It has to be removable and used for ‘situational awareness only’ to be legal.

But one thing at a time. I’ve tried it with my two BLU phones and also my ASUS 7 inch tablet. So far so good. Works really well. Just plugged all the parts together, flashed the SD card with the free software and it comes up and runs. I’m trying out a couple of Android Apps that will work with it- they overlay the weather and traffic data on a current FAA sectional moving map plus let you do other cool stuff like plot out your file plan, get airport info and such. Neat.