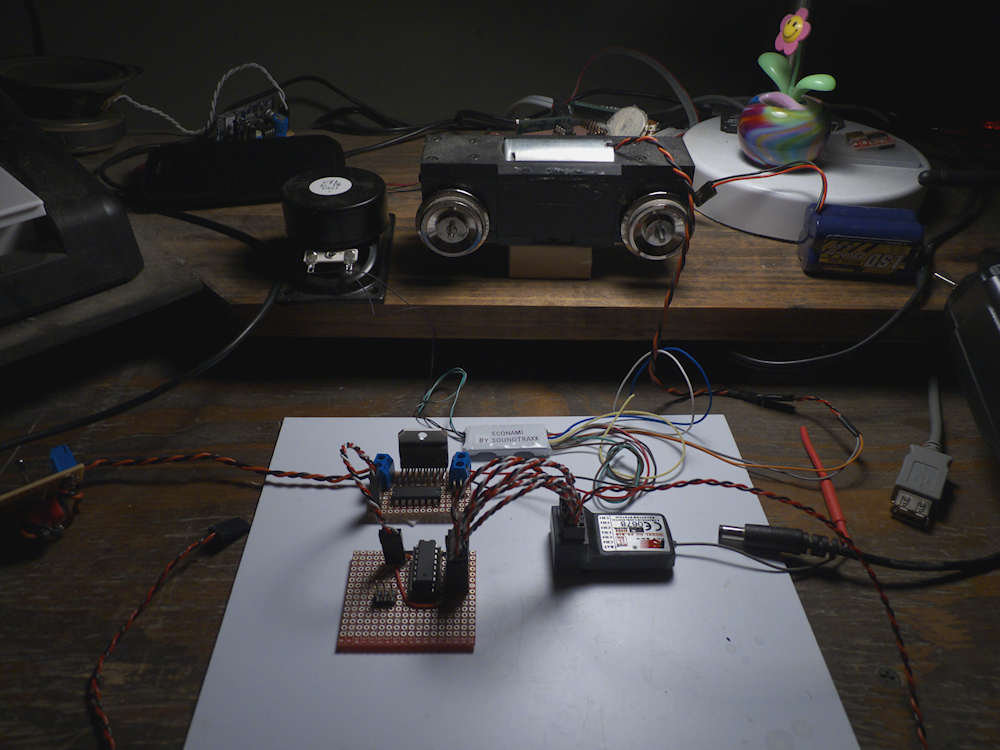 Here is an expansion of my R/C to DCC circuit. I now have all six channels of a cheap 2.4Ghz Radio Control System driving a 2Amp Economi DCC decoder. Throttle stick drives the speed, the other sticks trigger the bell, horn and other sounds. I have one of the switches doing the direction. The DCC amp can drive a 4A load with peak to 5A so more than enough for most G scale Here I’m driving a single USAT motor block. Still have a couple of small issues in the firmware but for the most part it works quite well. I am going to try to finish this off over the next few days and design a PCB for it.

Here is a diagram of the transmitter controls 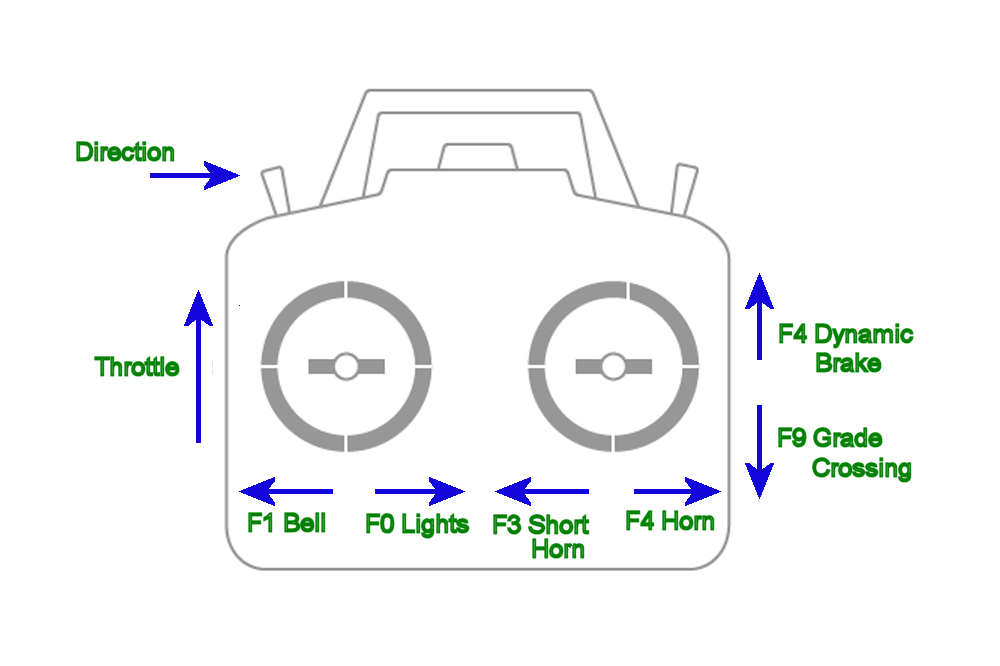 A video of everything working. Can’t quite see the blue LED that is the backup light, but the Headlamp LED is quite bright. I still have channel 5 open, not sure what to do with that one at the moment. Basically, you can do throttle, direction and 8 functions with a six channel system.