Posted by admin on December 22, 2015
Posted in: Electronics. 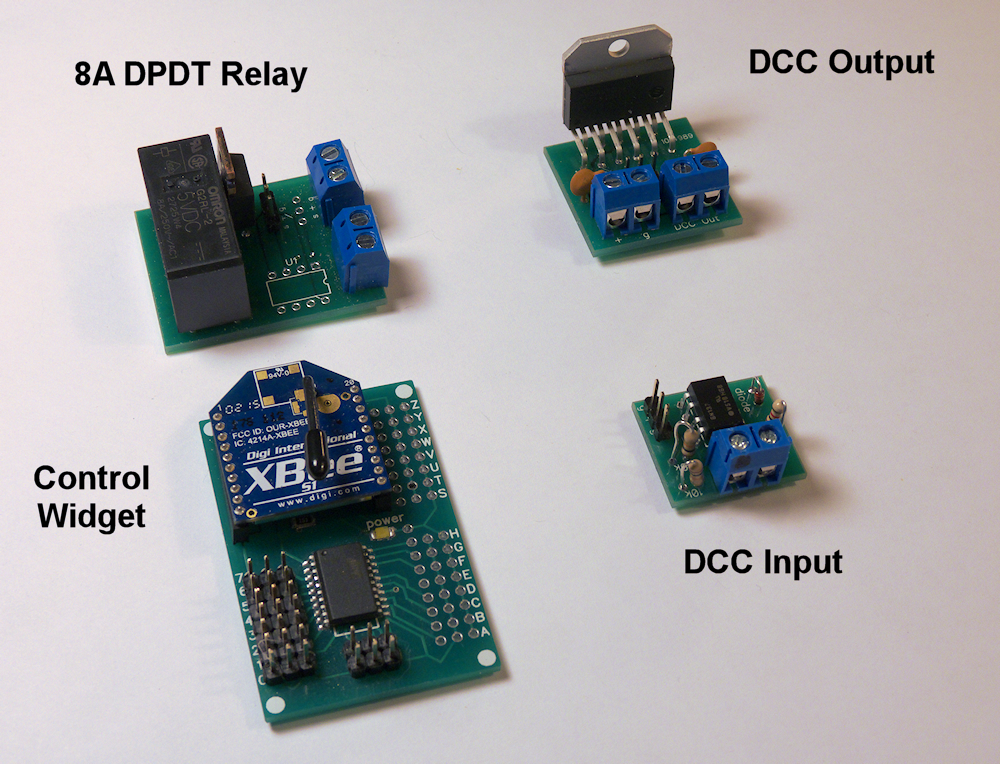 Today I got my order of printed circuit boards from Bay Area Circuits. I promptly populated them with components and powered them all up to see how they would do. Everything works! Very nice! Next step is to install these into one of my locomotives and replace all the breadboards with something clean and production quality.

Pictured, in order, is the 8Amp DPDT relay module, it’s used to reverse the direction of the locomotive. It can be triggered either with a logic one or zero, say from an Ardunio, or from an R/C signal via your generic radio control system. (The logic version is shown, the R/C version has an additional chip on the board, you can see the outline).

Second is the DCC output module. It is designed to be driven with a logic signal from a micro-controller such as the Ardunio. Logic input in, attach your choice of battery (or other) power to the input terminals and it provides up to 3Amps of DCC encoded power on the outputs.

Below that is the DCC input module, connect this to any DCC device like the MRC Prodigy or NCE DCC units and it converts the high voltage DCC signal down to what a micro-controller or Ardunio needs.

The last one is my Control Widget Node. This device is a micro controller wired to an industrial strength Xbee Series 1 802.15.4 Wireless Network Module. I use this for both my Control and Slave nodes. It allows high speed data delivered in an organized network infrastructure with a range of about 300 ft. I send both proprietary packets and DCC messages over this in real time. This is the latest PCB design.